Referring to the capital gains tax proposal that will see top earners pay as much as 43.4%, as well as other political shenanigans, IOG CEO Charles Hoskinson said:

“a lot of depressing sh*t coming down the pipe there that really p*sses me off. It’s just an endless river that one. Why do we pay taxes when we can print trillions of dollars?”

The tax hike news coincided with a heavy market correction, with almost all crypto tokens hit with double-digit losses. Should the proposal pass, Hoskinson said he would see a two-fold increase in his tax liability. But how does he plan to deal with the issue?

President Biden is thinking about doubling the capital gains tax for wealthy individuals to pay for social spending. Those at the top rate, earning $1 million or more, could be hit with a federal tax rate as high as 43.4%.

Both traditional and crypto markets slumped on the news. $316 billion was wiped from the total crypto market cap, equating to a 15% loss. 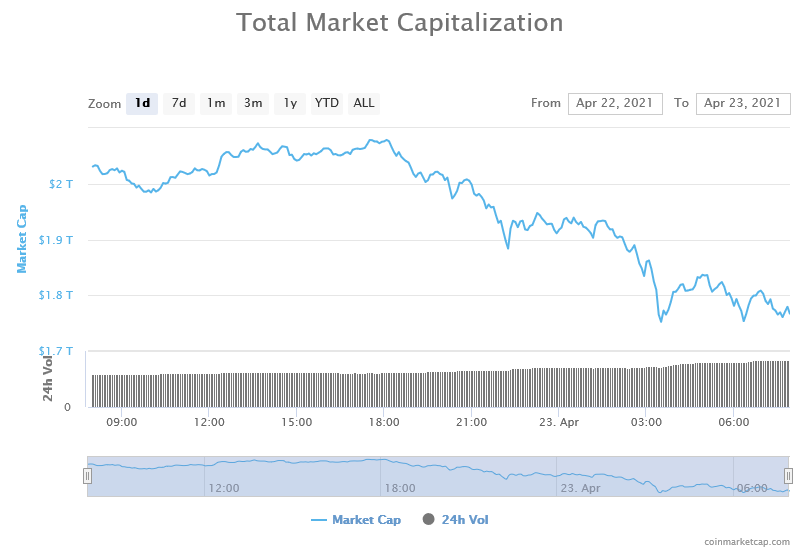 Although the proposal requires senate approval before passing, Hoskinson holds little hope that the situation can be averted. He said this is because of the lack of a majority.

“No, it will pass. That was the consequence of Georgia, so depressing about that. Divided government is government of compromise, not a government on mono-culture, and unfortunately because there is a political monopoly, all these things are going to pass through.”

How Will Hoskinson Respond?

In recent times, the practice of obtaining dual citizenship, and even renouncing U.S. citizenship altogether, has become a popular way to decrease one’s tax burden.

When this idea was floated to Hoskinson, with Puerto Rico as a possible second residency, he said he had met many people who have done that, especially those connected to the blockchain industry.

However, Hoskinson said he loves Colorado and Wyoming too much to up-sticks and live elsewhere. Instead, his plan to deal with the tax hike is to earn more money.

Under Act 60 Investor Resident Individual Tax Incentive, there is a capital gains tax of 0% when an individual qualifies as a bona fide resident of Puerto Rico.

Qualifying as a Puerto Rico resident requires passing three tests, presence, tax home, and closer connection, all of which demonstrate an intention to live long term in the country. The presence test has several conditions, including being present in Puerto Rico for 183 days in the tax year.