Ethereum gained pace above the $2,550 resistance zone against the US Dollar. ETH price is trading in a positive zone and it could rally if it breaks the $2,750 resistance.

It is now trading well above $2,500 and the 100 hourly simple moving average. There is also a key rising channel forming with support near $2,640 on the hourly chart of ETH/USD. 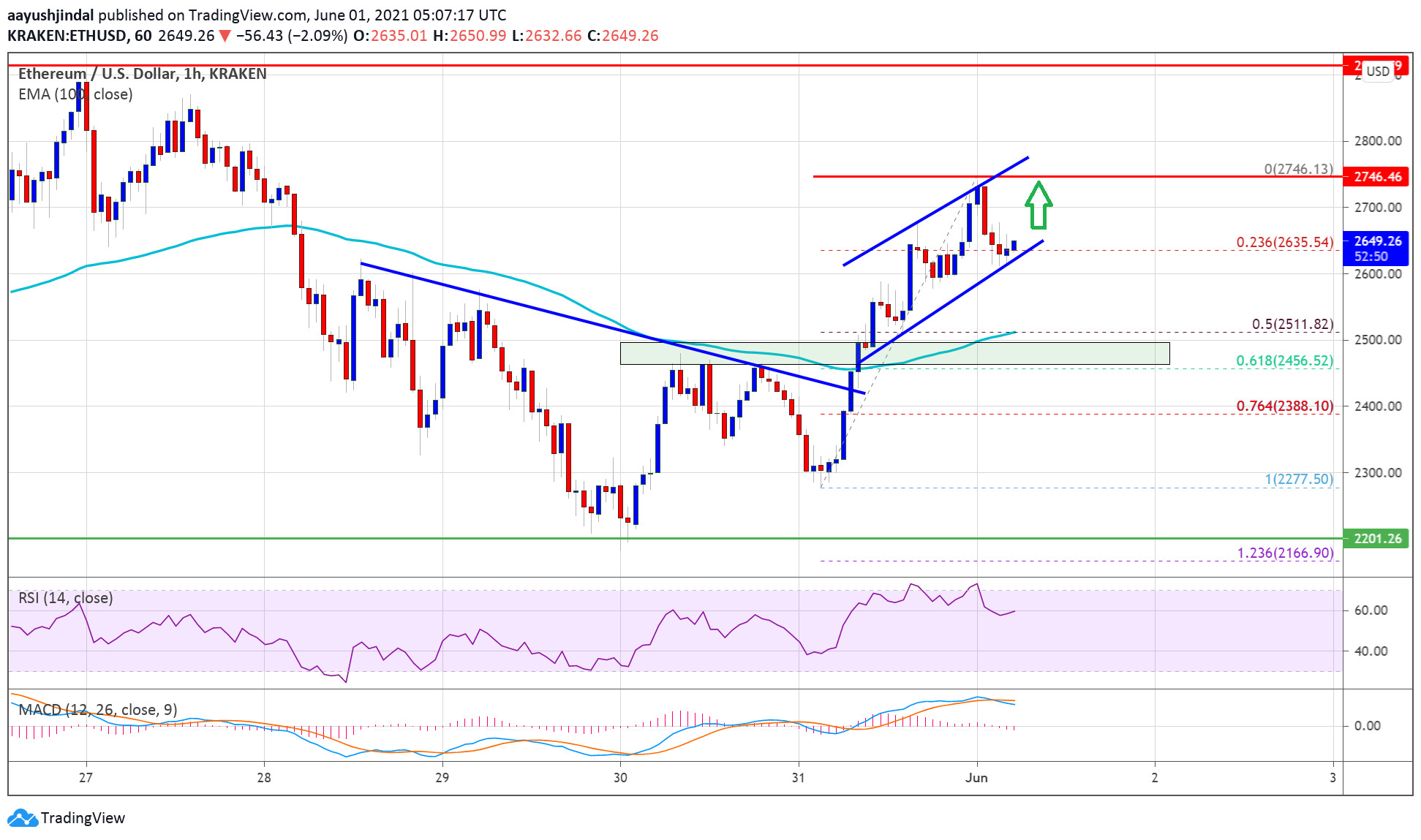 If Ethereum fails to clear the $2,700 and $2,750 resistance levels, it could start a downside correction. An initial support on the downside is near the $2,600 zone and the channel trend line.

Hourly MACD – The MACD for ETH/USD is slowly gaining pace in the bullish zone.

Hourly RSI – The RSI for ETH/USD is currently above the 50 level.